I’ve always considered myself an Atheist teetering on agnosticism, but never really had a reason to think there might not actually be a God. It was only when I really became interested in Science and the world and less interested in pop-culture that I actually thought about it. That and the death of close friend made me start to think.

I met my girlfriend (now fiance) 5 years ago, before I started thinking more about life and the world. At the time I didn’t really participate in any churches or faiths, I just didn’t really care one way or the other and it never occurred to me I should care or should think about it. Out of respect of my fiance I attended church with her and her family on a few occasions.

The church is a Christian denomination, it’s called Trinity Church, and has a very modern appeal. At first I thought it was a normal church and not much seemed all that bad. Then came the day when the preacher said in his sermon, “Now you have all the other religions and ideas out there. And it’s not that these people are bad or evil, just that they are all wrong and going to hell!”

This was after I had been there 3 or 4 times. I was infuriated at this and really the event for me was a culmination of little things that lead to it. After the service I was driving with my fiance, then girlfriend (this was a couple years ago) and I told her I was upset about what was being said in the sermon. Coming from a Unitarian Universalist (UU) background I was very much against this, besides the obvious wrongs of such a statement.

At the time I remember my fiance stating something to the effect of, “Yes, I know, it upsets me too.” And not much more was really discussed. Then after another problem with the church about a year later I told my fiance, “I am never going to that church again. I really can’t stand what they preach. And to make matters worse they teach this ideology to little children that don’t know any better.” I was very much against what the church was doing and wanted little to do with it. I just couldn’t keep pretending I cared.

We got into a little discussion (well I guess an argument) and she said, “Well they’re Christian! What are they supposed to say!” Referring to me bringing up sermon on everyone else is going to hell from a year ago. I said something to the effect of preaching exclusivity is wrong and it essentially teaches hatred and bigotry. Another important thing to keep in mind here is the story my fiance told me of how the church had a sermon 6 years back (before we hooked up) that on Mother’s day told everyone how Mother’s Day is a day to remember what the Mother has done for the family and to show her love, but it’s still the Mother’s job to cook, clean, and take care of the family. ON MOTHER’S DAY!! I was told this story a few years before this argument.

So anyways, we are getting married and it will be by a UU minister from the local UU church. Which I am happy about because it will cater to both of us. But I am worried about her Christian background and my Atheist background. Not because neither of us couldn’t make it work, but because we haven’t really had a conversation about our beliefs. At least not one that wasn’t started from a fight. My fiance seems to have a harder time than I do at keeping the emotions out of things, and I’m thinking she may not be as moderate of a Christian as I once thought, for as liberal as she is.

So I don’t want to offend her, but I want to talk to her about our beliefs. I want to get it all out on the table and discuss whatever either side wants to discuss. I want her to know that I don’t really care if she believes in God, so long as her faith isn’t hurting herself or others, but I care in the sense that she and her beliefs are important to me. To me our love for each other is and should be stronger than all this. I’m just worried that if we don’t discuss anything now, it might snowball to something worse down the road. Conversely I am worried about what such a conversation could lead to.

So after making you all read this now we get to the important part… Any advice on how to go about this? Has anyone had such a conversation before? If not, have you had a similar one with a sibling, parent or close friend? I am just looking for some tips, because I tend to screw up these types of conversations and this is one I really want to get right… At least as best I can.

If you don’t have any tips but would like to tell a story I would love to read it and maybe others here have a similar dilemma they could use some advice on.

Thanks you to those of you that will leave comments I really truly appreciate it and I will respond as time permits. And thanks Les for giving Atheists a community. This blog has helped me in many ways and really has done a lot for me. I appreciate it. Happy Holidays everyone! 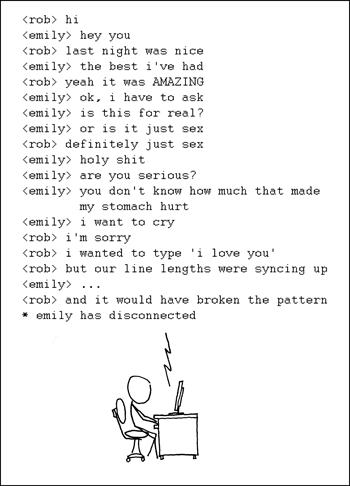 Thanks to the friends at harikari.